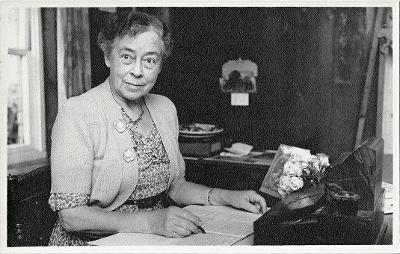 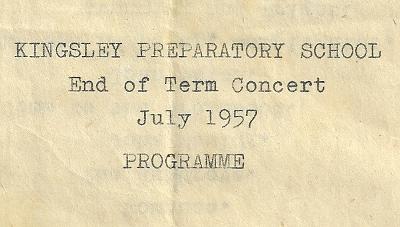 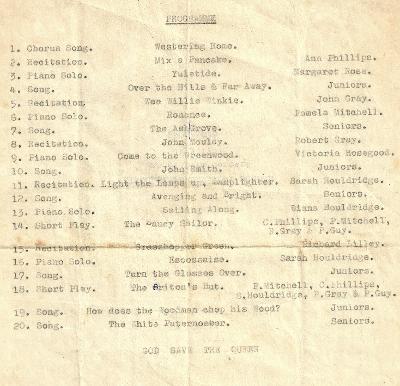 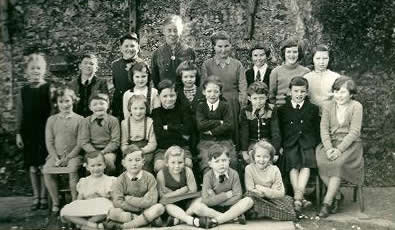 Children identified so far, left to right (looking at the photo): 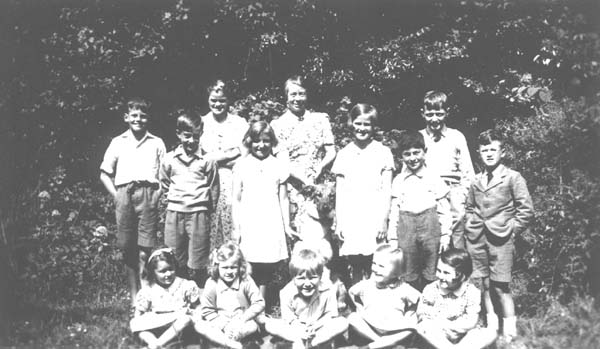 The room was heated by a gas fire on the right hand wall. In winter Miss Butterfield brought in a paraffin heater. This would be placed beside you, you then warmed your hands before the heater was moved on to the next child.

On Mon, Wed and Fri we started with arithmetic, but on Tuesdays and Thursdays the first period was devoted to such things as rug making, cross stitching and simple embroidery. This finished with the outbreak of war because of shortage of materials. Miss Butterfield read stories during theses sessions.
Miss Butterfield certainly gave me a good grounding in the three R’s. She also tought elementary French. Like the rest of my generation I learned’’ La Plume de ma Tante est dans le jarden’’. The pen of my Aunt or my Aunts pen is in the garden. I am still waiting to use this useful information.

Strangely she taught us phonetically so the word les meaning the was pronounced as in Leslie and not as in lay.

At that time the BBC produced a childrens educational programme from 2.15 to 3 and we listened to this. We were about to start German but in September 1939 the broadcasts were cancelled.

We occasionally used the main Hall for games and on one occasion several of us sat in a row and did something out of Midsummer Nights Dream. Afterwards I was told off by my mother for fidgeting.
Strangely Alan, Dicky , Herbert and I did not become close friends. I saw Herbert more than the others. Sometimes on our way home we would play ‘ tag’ any wooden structure was a safe haven- there was little traffic – on reaching Alans home we would split up, Herbert and Dicky would go down Avon Lane and I would continue to Beach Road.

I am fairly sure that we also attended on Saturday mornings. 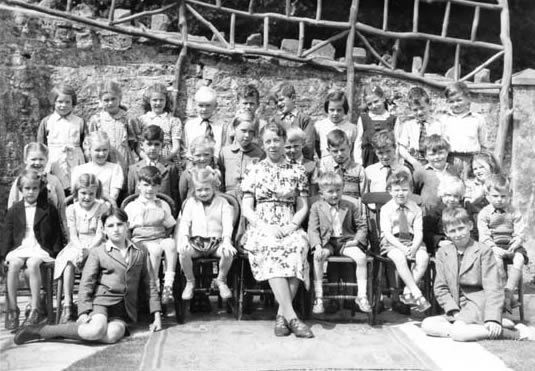 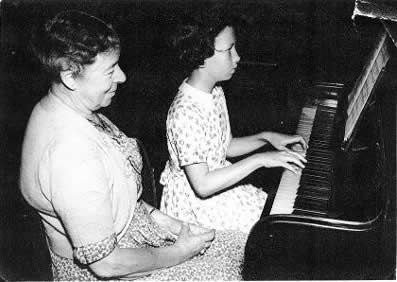