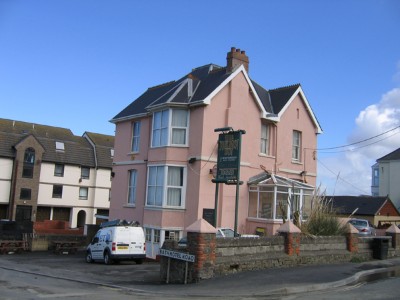 (the above photo was from before the buildings demolition in 2010)

Lot 10 The Freehold Detached Residence known as ‘Beacon Lights’ situate at the South West corner of the property comprised in the previous lot and close to the railway station.

The house occupies a corner position standing back from the roads bounding it on the South and West and from which it is protected by a stone wall surmounted by wood trellis. It is cement-faced and slated and contains- On the first floor Four Bedrooms each with mantel and stove, Box Room, Bath Room and W.C.

This property covers an area of about 0a.0r.39p and has frontages to roads on the South and West
together amounting to about 205ft.

It is let to and in the occupation of Mrs Wise as a yearly tenant at a rental of per £40 Ann. The Tenant agreeing to pay Rates and Taxes.

FOR SALE With immediate possession the following:

The freehold Dwelling House garden and Premises known as ‘Rossmore’ and formerly as Beacon Lights situated near the station and commanding fine sea views.

There is a capital garden.

It is now owned and occupied by Mrs France. Early possession can be given.

Property let and later sold to a Mrs Brambley, an American lady

Towards the end of the 1970’s it became The Nelson Inn.

Dennis and Patricia Voice brought the then Beacon Lights at auction in 1975/76. The building was empty at this time and they opened it as the Captains table in 1976. They only stayed for about 18 months and later opened the fishing tackle / craft shop in the buildings that were developed by Nick Laws next to his newsagents. 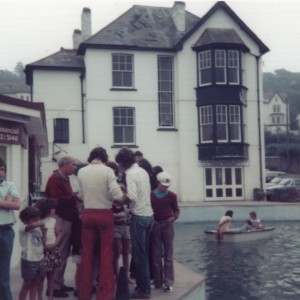 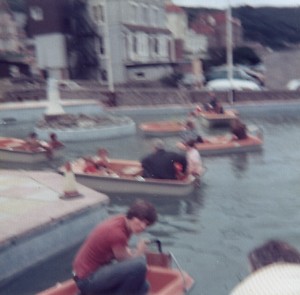