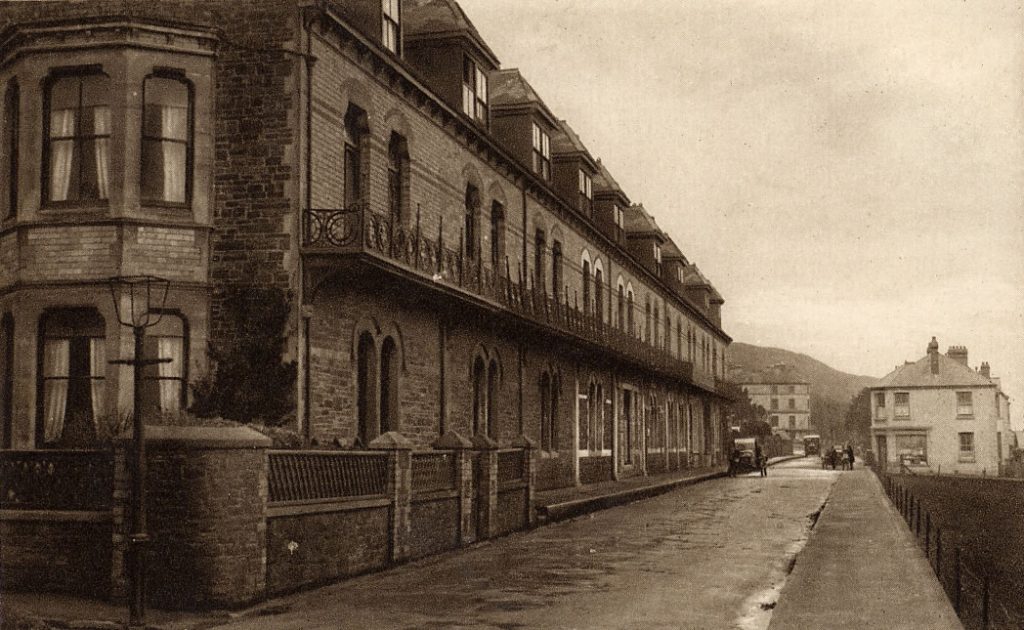 Nelson Terrace is located at the eastern end of Nelson Road; it is the row of buildings that today house the charity shop, two hairdressers, a Chinese restaurant and others.

Building work began in 1865 and by the next summer numbers one to four were completed. The builders then went bankrupt and the work stopped for some time with five and six being completed by the first half of 1871 and the last two finished later that decade.

The terrace was Westward Ho!\’s first row of shops and then known as one to nine Nelson Road but when later properties were erected in the road they were renamed Nelson Terrace.

Although they all look almost identical one or two features vary; notably the “rose” motif above the windows on numbers one to four, which is absent on the remaining three. These can be more easily seen at the rear of the block, as they are less eroded than the front.

For many years a first floor wrought iron balcony ran the length of the terrace. Full length double doors from the drawing rooms opened on to it giving uninterrupted views over the fields and out to sea. The balcony has long since been removed as “iron for the war effort”. The doors also have now gone except on number one where metal rails have replaced the old veranda. 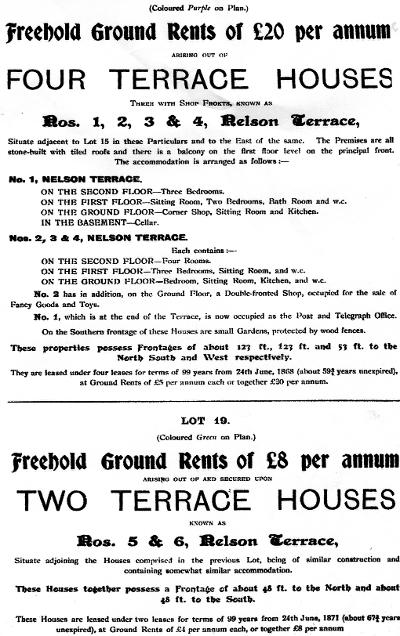 The Post Office was brought back to Nelson Terrace from a house called Campden further along Nelson Road. (This house is now Golden Sands).

Nelson Terrace is now divided in to flats. The houses no.1 and 9 were the only ones having cellars and in No 1 this was the Tuck Shop for the United Services College. No 1 also has ovens in the cellar.

Miss F M Newcombe daughter of Lieutenant Commander R.F. Newcombe had been selected by the Postmaster General for service in France as Telegraphist under the auspices of the Womans Army Auxiliary Corps and left Westward Ho! to take up her appointment yesterday morning.

Initially these large homes, with shops to the front, were occupied by single families and their staff. By the time of the 1891 census many had become lodging houses. Notably seven and eight which on the 1881, 1891 and 1901 censuses, were being run by two sisters; Mary and Sophia Playdell. Most have now been converted into self-contained flats and apartments.

Records show that on 24 June 1866 one to four were leased for 99 years to an Edward James Willmott by George Mill Fredrick Molesworth for £5.00 per annum each ground rent. On 24th June 1871 five and six were leased for 99 years to John Corke Tremear by William Vicary Oatlay for an annual ground rent of £4.00. The same two groups of houses came on the market again in 1908 and 1902 respectively when one to four were again being offered at £5.00 per annum and five and six still at £4.00.

In 1871 number one was a baker\’s shop run by Mr. Valentine Narracott; the original baker\’s oven is still in the cellar. This is said to be “the tuck shop” referred to by Rudyard Kipling in his 1899 novel Stalky and Co. Ten years later it had become the village Post Office belonging to William Kyete and his family. They lived there until 1908 when Lieutenant Commander Newcombe took it over. Descendants of Lt. Cmdr. Newcombe still live in the village and still own the building.

Lot 3 The Two Dwelling Houses with gardens to the south thereof known as no\’s 5 & 6 Nelson Terrace Westward Ho! together with valuable FIELD of building land to the north thereof. 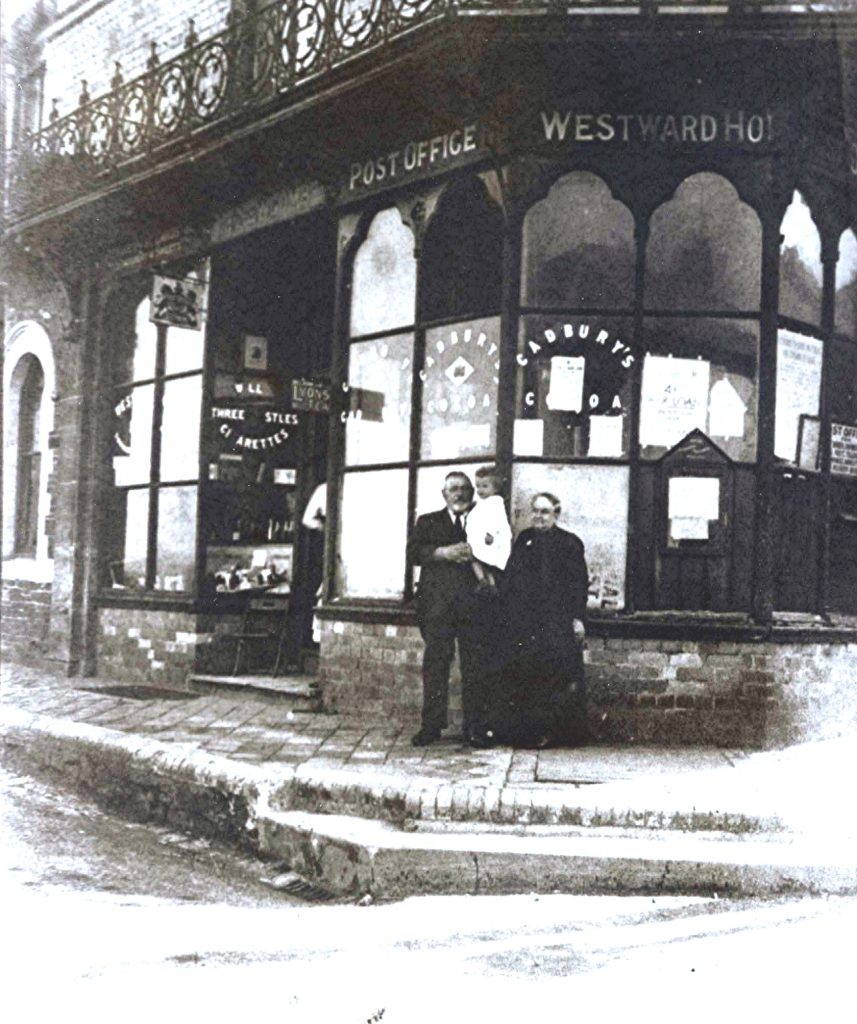