Following the storms of January 1983 the deposits and archaeological features were extensively exposed. Survey and sampling took place on February 1st and 2nd after which the site was no longer accessible.

We are very fortunate in Westward Ho! in having evidence of human activity that goes back 6000 years. This enables us to have a wonderful insight into pre-historic life within the context of its environment. How do we know that these early inhabitants known as Mesolithic hunter-gatherers occupied a settlement which is only exposed on the beach at low tide.

The remnants of this settlement have been dated by radiocarbon and other modern methods of analysis to nearly 6000 years ago. Centuries of ferocious storms, tides and the intervention of human activity have, indeed been kind to us and left us with a site that preserves organic matter that normally survives only on land sites.


from an article published by Townsend Hall (1879), extract from Leaflet by Margaret Ashton 2006:

Seventy to eighty stems of large trees, all standing upright in the position in which they grew, though broken off at a height of two or three feet from the roots.

From the Facebook group, a short note by Michael Morgan: 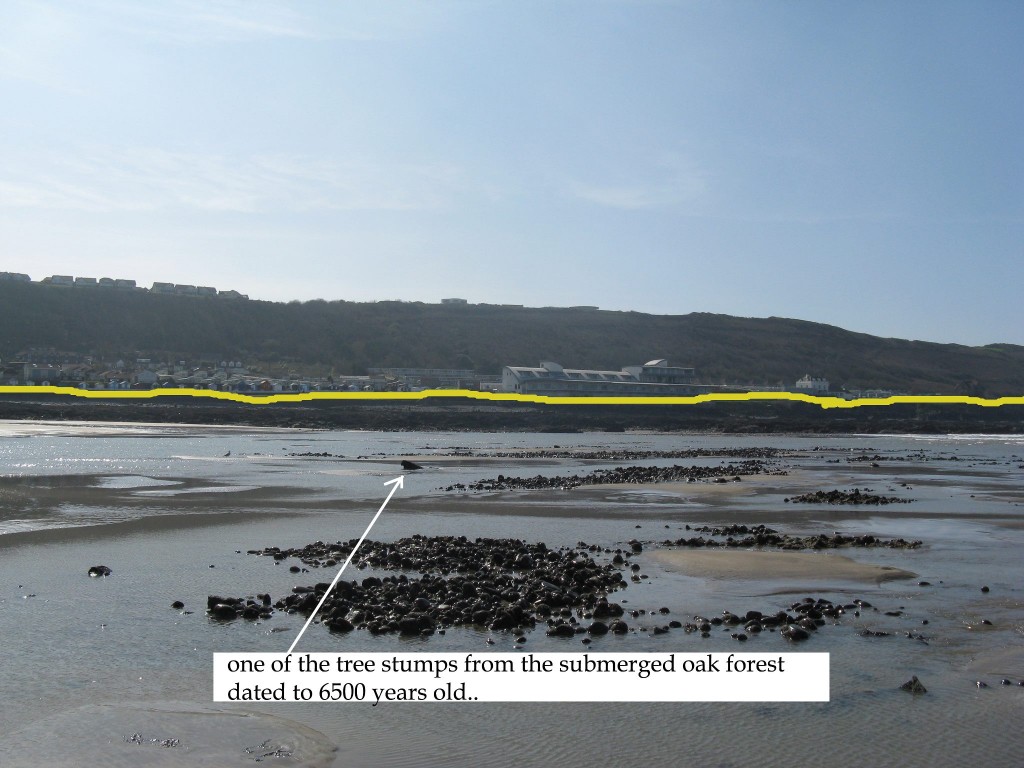 Visible here is bit of the submerged oak forest that once grew where the beach is now, around 6500 years old. So the people that used the kitchen midden lived in a forest.

It is said that the shoreline was originally where the yellow line is on the above photograph.

Apparently 180,000 years ago during the last ice age, Westward Ho! was under two miles of ice. When the ice melted all that weight was taken off the land and the shore rose 40-50 feet.