Hello, we are Pam Kanteen (nee Mitchell) born in 1947 and Michael Mitchell born 1949 and have lived all our lives in the Westward Ho! area.

Our father, Les Mitchell, along with his brother Bob were brought up in Westward Ho! in the Union Club – a gentlemen’s club where our Grandfather and Grandmother were stewards. The Union Club is now Atlantic Flatlets.   My Grandfather Robert (Bob) was a keen golfer and won many medals and cups in the 1900s at the Royal North Devon Golf Club.   Both Les and Bob went to Bideford Grammar School.

They had musical abilities from a young age, before both joining the Royal Sussex Regiment as bandsmen touring the country.

When World War Two broke out Les joined the army as a chef and later rejoined the Royal Sussex Regiment as a drummer.  Bob also joined the army, but as an interpreter in France, where he was injured at Dunkirk and was invalided out.

After the War, the brothers would play at local functions in the area under the name of The Bob Mitchell Band – one of the venues was the Kingsley Hall, then called the Palais de Danse, with Dad playing the drums and singing and Uncle Bob playing the piano.

In the late forties Les and Bob went to work at the Westward Ho! Holiday Centre. Uncle Bob worked in the office with Mr Gillespie, the Manager.   Bob was promoted in 1955 to Manager.  Bob, with his wife Kath, were Manager and Manageress until they retired in the late sixties. They lived in the big house on the site with their son Bobby.

In the fifties some well-known bands and celebrities used to entertain during the winter months including Cyril Stapleton, Joe Loss, Eric Delaney and Coco the Clown (who had been billeted at the camp during WW2).   We remember our father telling us of how he had performed with Coco, as Dad had briefly worked in a circus after the war, so he knew the ropes of slap-stick humour, so-to-speak.

Dad worked as Head Chef by day and Entertainments Manager by night – so between the two brothers they ran the Top Camp for twenty years.

Their friends Eddie Gourdie and George Lilley worked alongside them. Eddie worked in the stores and George was in the office.  Other names that come to mind are Elsie Gourdie, George and Ethel Andrews, Ernie and Ethel Weston, Tom Parrot, Barbara Juniper, Nurse Buckland, Minnie McGuiness, Kitty Popham, Bill and Colin Brown and Kathy Husband to name but a few.

Dad was fully occupied during the summer months managing the camp kitchen by day and entertaining the holidaymakers by night in summer shows, horse-racing (with toy horses), Crazy Night on Thursday’s – which was a fancy dress parade, games and the Guests Concert (all on the same night), where the campers had their own chance of performing. During the day he was Head Chef catering for eight hundred and fifty holidaymakers, making sure they would have their three hearty meals each day.

The Sunday Night Concert at the WHHC was well-known locally.   When we were just small children Pam can remember getting upset when Dad would ‘black-up’ and bellow out in his deep baritone voice giving his rendition of Al Jolson songs, then get covered in wallpaper paste in a comedy skit. Michael would contribute to the concert when he was about fourteen, playing pop music of the early 60’s on the guitar – ‘Hava Nagila’ and the Shadows ‘Perfidia’ – along with the appropriate footwork. In later years he took his own group ”The Fugitives” to play on a Wednesday night in the ballroom for the teenagers, while Dad led the Mums and Dads in a singsong over at the Grenville bar, which overlooked the beach from the cliff top.   Other staff performers and musicians would be Carol and June Pike (now Marshall), Barry Comer, George Andrews, Vernon and Edith Hancock, Ronnie Burridge, Trevor Green and many more.

On Coronation Day, 2nd June 1953, we went up to the Camp for a party to celebrate and at midnight Michael even remembers being carried up to the stage, where all the staff and campers sang ”Happy Birthday ” to him, as he was four years old the next day, 3rd June.

We remember Tina, our Mum pushing us in a pram from Park View Terrace in Westward Ho! to the Top Camp via the ‘zig-zig’ – a lane from the bottom of Long Hill to the Camp, with Dad’s dress suit across the pram ready for the evening show, if he hadn’t taken it with him in the morning. Dad’s only time-off with us would be Tuesday and Sunday afternoons during the summer months.

Pam can remember when she was about twelve starting work up at the camp, during the winter months, waitressing at the functions such as the Hunt Balls, NFU dinners, Police Balls and local business functions.  She used to quickly finish her duties, get changed and go into the ballroom with Susan (Eddie Gourdie’s daughter) where they used to enjoy meeting different people (boys!!) and dance the night away and then have to help Dad and Uncle Eddie serve the welcoming hot soup at the end of the evening.   During the summer months she worked in the gift shop serving sweets, cigarettes and souvenirs to the guests. A young girl working all those hours!!  Health and Safety would not allow it these days.

In 1967 Uncle Bob was made Honorary Member of the British Red Cross and St Johns Brigade, as he initiated holiday camp holidays for disabled people, also ‘dancing in wheelchairs’ – where wheelchair users would take to the ballroom floor and ‘dance’.  A party of young dancers from Accrington brought down by Fred Kirkhams Coaches would partner them.

Yes – it certainly was a family affair with Auntie Kath and Uncle Bob managing the Camp with Les, Tina in the cafeteria, Michael performing in the concerts, playing with his band and Pam waitressing in the winter months, and serving in the shop and helping out with the children’s programme during the day in the summer.  It was our life; one we will never forget. 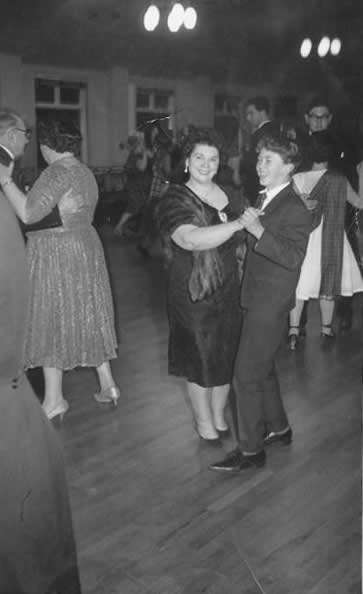 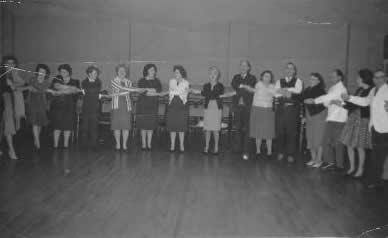 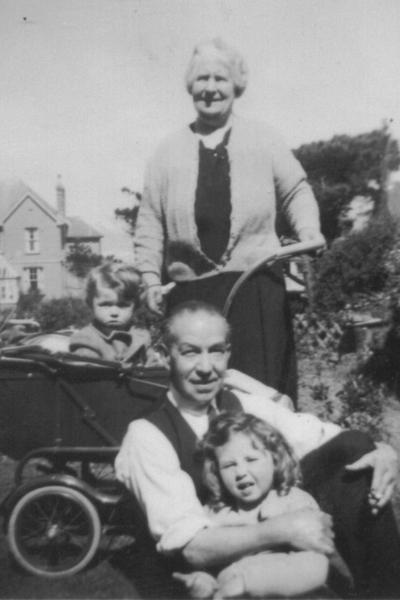 Pam and Michael  in the Union Club garden with their Nanny and Gampy, 1950 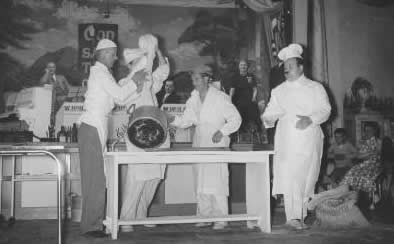 Les, Bob and the WHHC Band: 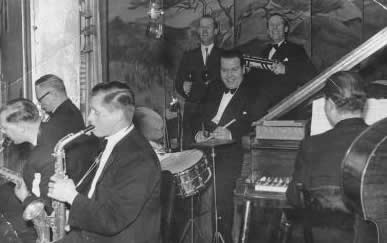 Les and Bob getting ready for golf in the 1920s: 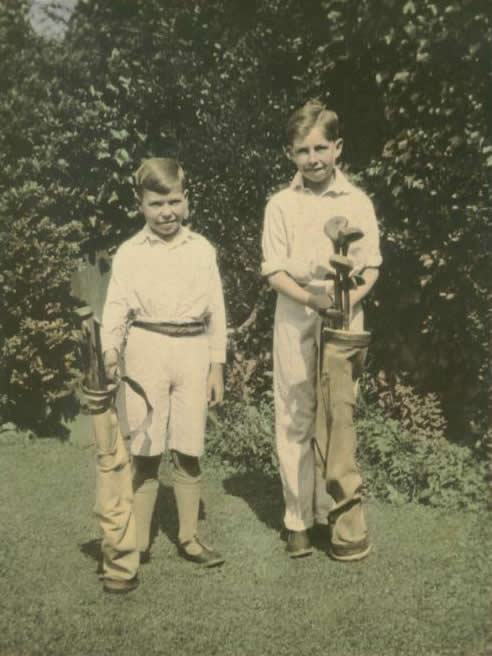 Les and Tom Parrot stirring the soup in the kitchen, for the hungry holidaymakers: 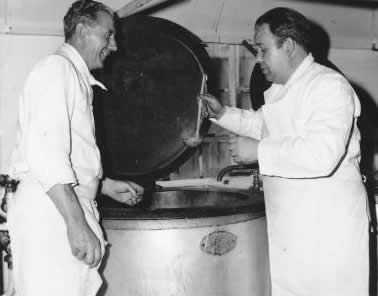