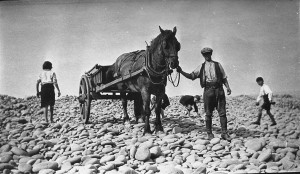 The term ‘potwallopers’ has been in existence since 1725 and is an alteration of the word ‘Potwaller’ (1701) which meant a man who qualified for a parliamentary vote as a householder in some boroughs in England prior to 1832. The test being his having a separate fire-place on which food was cooked for himself and his family.

In the ancient manor of Northam (which includes what was to become Westward ho!) a potwalloper had the right to graze their animals on the Burrows, but in return they had to help retain the pebble ridge by annually assisting in throwing back the pebbles that had been thrown onto the Burrows by the winter storms and high tides.
This annual ceremony disappeared after a time and was not revived until 1922 when it was continued for a few years until, again, there was a break in the tradition.

The accompanying photos are from around 1925 when many potwallopers made a family day of it by taking picnics and drinks.

A newspaper article in 1952 stated that the ‘Potwalloping Day’ had not taken place for 20 years, and that ‘It was the custom to provide refreshments of beer, cider, and sandwiches for the Potwallopers in the 1930s and before.’
In 2008 Natural England told the Torridge District Council that they were no longer allowed to interfere with nature to protect the golf course because the course lies on a site of special scientific interest. Also that members of the golf club were banned from resurrecting the custom of ‘potwalloping’ where local people would through back the pebbles.

In more recent years Westward Ho! have had Potwalloping days which were friendly fun days of food drink and entertainment. The last one held was a few years ago.

The right to graze sheep and horses still belong to ‘potwallopers’ plus the right of access to the common land. 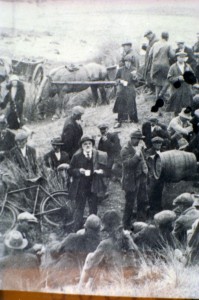 With thanks to David Gale for his hard work identifying as many of these people as possible: 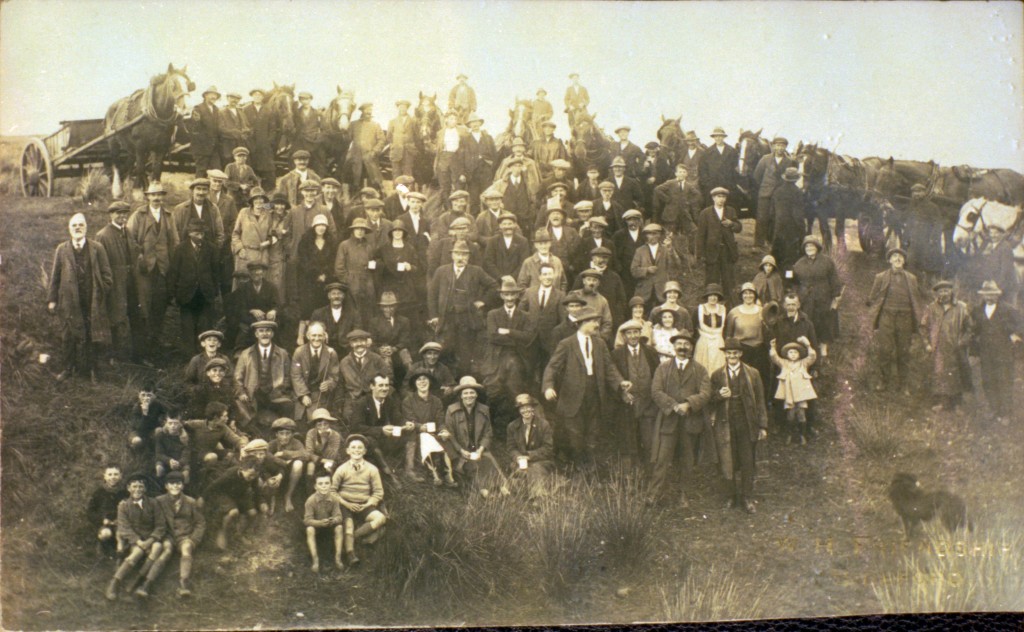 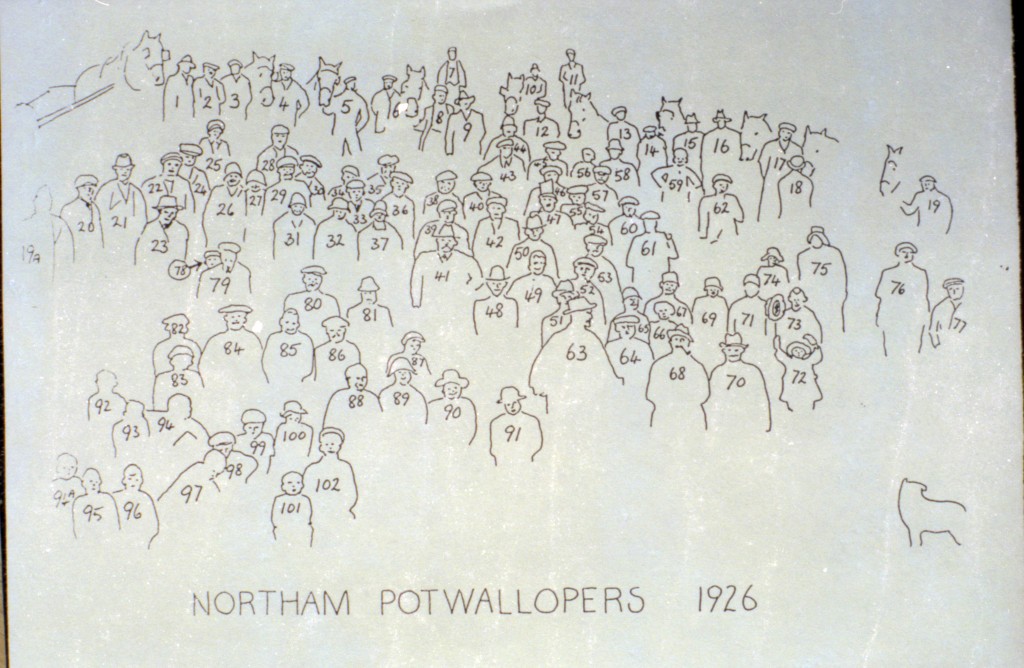 Below are the names of those so far identified. Please let us know if you can fill in the gaps or suggest corrections. The photographs below might help. 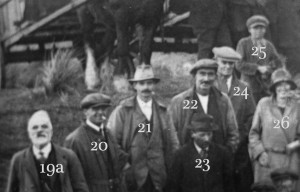 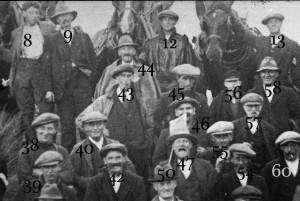 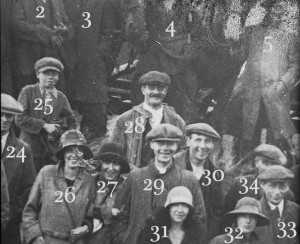 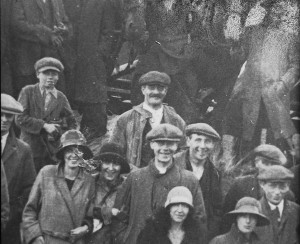 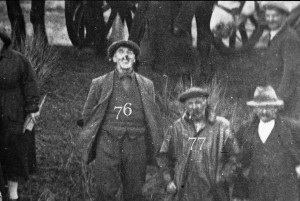 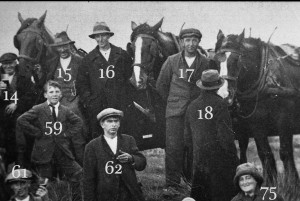 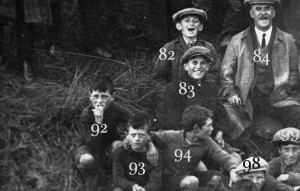 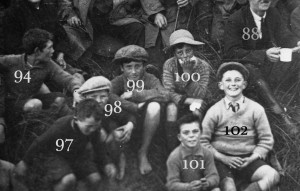 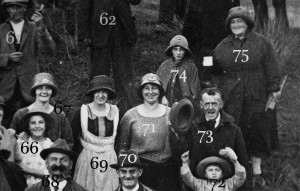 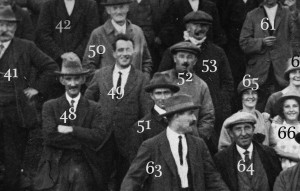 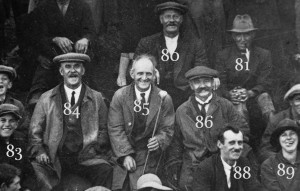